Children are born with a clean slate mind. At the early stage of children’s life, they are unable to discern between right and wrong. However, as they grow up, they start to fill their minds with information perceived from their environment, and this contributes majorly to the kind of adult they become.

Hence, the best time to teach moral values for kids is when they are still very young. Doing this would help shape their thoughts and help them to distinguish between right and wrong from their tender age.

This post is about the important moral values you should teach your kids before they become teenagers. Before the moral values are discussed, let’s quickly talk about things you must do if you want to raise children with good moral characters.

The first thing you must do if you want to raise children with good moral characters, is that you must practice what you preach; it would be difficult to get your children to comply if you aren’t behaving according to your expectation from them. Secondly, you have to be committed and consistent to ensuring your children adopt moral values.

Thirdly, you must prevent your children from consuming immoral contents on TV and the internet. Lastly, you may want to use positive reinforcement to encourage your children to follow the moral instructions. Once you are ready to do those four things, then you can proceed to teach your kids the following moral values. 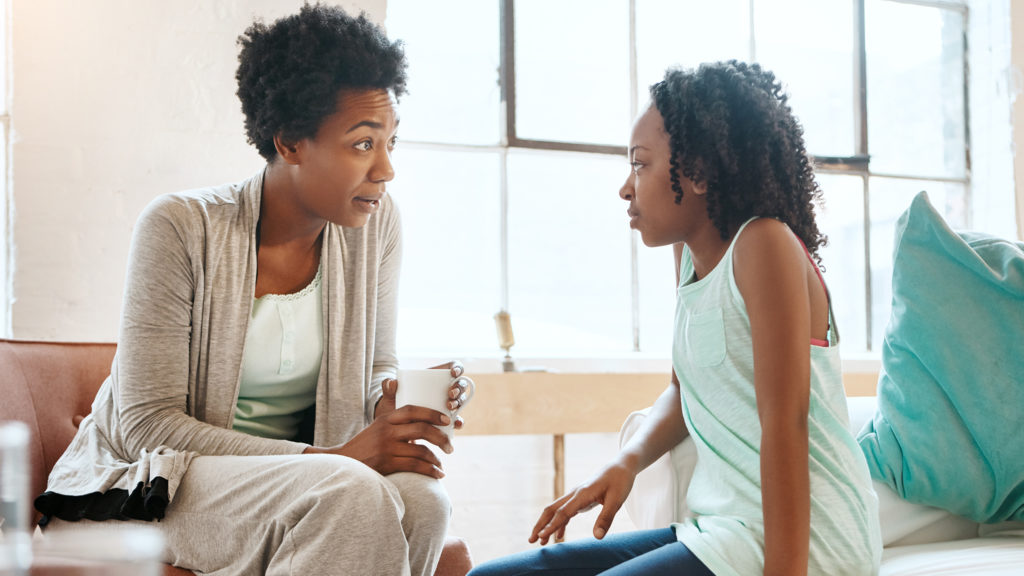 As your children grow up, they would crave for respect and for them to get it, they must also respect people; just like the saying that “respect is reciprocal”. Many parents give the notion that their children should only respect elders, but this isn’t good enough.

Children must also be taught to respect everybody, regardless of their age and social class. Respectful children tend to always be well-behaved and this comes in handy when they find themselves in difficult situations, because they can easily get support from the people around them, due to their good behaviour.

#2. Teach the importance of family

A child’s family plays a major role in shaping the life of the child. If the child’s parents aren’t loving and caring to each other, then he or she will be affected. Such a child is likely to grow up to become an adult that won’t take care of his or her family.

Therefore, teaching the importance of family is one of the moral values for kids that you should teach your children. Let them realize the essence of family and understand the role family plays in raising children. Doing this would make them loving-and-caring fathers and mothers in the future.

The saying “Honesty is the best policy” means it is better to say the truth than to lie even when it is hard to do. As an adult, you would have confirmed that this saying is accurate, but kids don’t know this, which is why they feel they can avoid facing the consequences of their wrongdoing by telling lies.

To teach this moral value, encourage your children to always say the truth no matter the situation and repercussion. You can make them more honest by making them realize that, in most scenarios, the punishment is likely to be less severe when the offender tells the truth and shows remorse.

#4. Cultivate the love for education

At a young age, children may not like to go to school. Some preschoolers even cry whenever their parents drop them at school in the morning, but as one of the moral values for kids, never give up on making your children have love for education.

To make the task of cultivating the love of education in your children easy, enrol them in a child-centred school. Teachers in such schools make the learning environment fun, and children look forward to being in school.

Moreover, cultivating the love of education in your children shouldn’t just be about the love for school or certificates, It should be about encouraging them to become life-long learners.

#5. Teach them not to be bullies

Bullying is a big problem in our society, and as explained in this article, parents have a role to play. As a parent, you need to explain the physical and psychological effects of bullying to your children. Teach them the importance of empathy and ask them to avoid hurting people’s feelings. Parents must encourage their kids to stand against bullying and always be there to defend victims of bullying.

Moreso, guide them towards developing a mentality to help people. Examples such as “what goes around comes around” can be used to further drive home your point.

#6. Teach the principle of adjusting and compromising

From a young age, children need to know that they will not always get what they want. They will need to learn how to adjust to the reality of things and how to make compromises when necessary.

It should however be made clear to them that even though they must always strive for the best, they should also be ready to adjust accordingly when it is not achieved, instead of putting themselves under any unhealthy pressure.

Religious intolerance has caused lots of damage in this country, and its roots can be traced to the fact that many parents don’t see teaching religious tolerance as one of the moral values for kids. However, for the peace of our society, children should be taught to respect their religion and that of others.

Being a parent, you need to have a conversation with your children about the religions of the world and the right of people to practice their desired religion. Moreover, teach your children that we are all equal, and people shouldn’t be stigmatized because of their religion, race or tribe.

#8.Teach that stealing is wrong

Whether it is your money or that of a neighbour or a classmate in school, don’t justify stealing. Teach your children from a young age that stealing is bad; if they bring items home that do not belong to them, ensure you query the source and mandate them to return it immediately.

In conclusion, inculcating the discussed moral values for kids may be tough in the beginning, as your children might get angry and unwilling to comply. Nonetheless, don’t give up; start early and keep correcting them until they adopt moral values as part of their life. They will appreciate you when they become adults and are reaping the benefits of having good moral values.