It is said that teenagers spend an average of nine hours per day on the internet. During that time, they consume lots of pop culture contents, and the result is the infiltration of slangs into their language when having informal conversations. 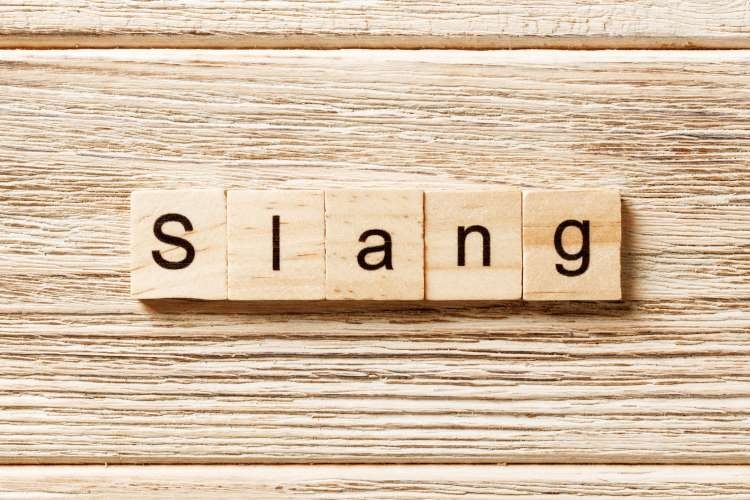 Of course, this list isn’t exhaustive; there are thousands of slangs used by teenagers. The aim of writing this post is to get you familiar with the top 17 teenage slangs that have been in usage for many years.

“On fleek” became a slang in 2003. At the time, it means nice, sweet, or smooth, but in recent times, the meaning has evolved and teenagers use it to refer to something that is looking perfect.  Hence, if you hear your teenagers say something is “on fleek,” what he or she is trying to say is that the thing is perfect. A related use of “on fleek” is “fleekin” or “fleeking.”

This slang has almost the same meaning as “on fleek,” so it is also used to refer to something that is perfect. Preferably, teenagers use it in describing a great accomplishment and thing of top quality.

In standard English usage, the meanings of “basic” range from fundamental to vital to essential – and other related meanings. As a teenage slang, the word “basic” means another thing entirely; it is mostly used by teenage boys in referring to the appearance of teenage girls, and it means “ordinary.”

As a slang, TBH is mostly used in written communication – text messages, chats, and social media posts. TBH is an acronym for “to be honest.” Teenagers use the slang when they are trying to say that they are honest about an opinion. Aside from meaning to be honest, in usage, TBH can also be used to mean “to be fair.”

A school of thought views “bae” to stand for “before anyone else,” while another school of thought claims the slang is a truncation of the word “babe.” Anyways, the two schools of thoughts agree that “bae” is a unisex affection slang, so it can mean boyfriend or girlfriend. “Bae” isn’t only a teenage slang; adults equally use it to refer to their spouse.

By the meaning in the dictionary, the word “slay” means to kill somebody or something. But for teenagers, the word means to be successful or to do something extraordinarily well. So, if you hear your teenagers say “Mum, I am going to slay my exams,” don’t fret. He or she is simply saying that he will do exceptionally well in the exams.

This slang means to lose the ability to look calm; to lose control; to stop caring about anything.

Instead of saying “as f**k,” teenagers use the slang “AF.” The teenage slang is often used in written communication on the internet, but at times, it is spoken when teenagers are trying not to say the f-word in the presence of their parents.

The slang is usually added to the end of statements to lay emphasis, as in “I am tired AF”

Singer Eminem was the originator of this slang, and it was used to describe a crazed and obsessed fan of a celebrity or popular figure in the society. It is also believed that “stan” is a portmanteau word formed from stalker and fan: stalker + fan = stan.

Just as a singer, Eminem, originated “stan,” “clapback” was originated by a singer, too. The slang is a title of a song that was released back in 2003 by Ja Rule. It is believed that the song is a diss track, so as a teenage slang, clapback means to respond to criticism in a way that makes your critic look silly.

When your teenager says, “something is lit,” he or she is trying to say that the thing is cool, awesome or great. Often, the slang is used when teenagers are talking about a party. You would hear something like: “The party was lit. I enjoyed myself.”

Have you heard teenagers – and even adults – calling either Lionel Messi or Christiano Ronaldo a GOAT? They aren’t referring to the stubborn domestic animal called goat. GOAT is an acronym meaning Greatest Of All Time. Teenagers regard extremely successful athletes, musicians, and other celebrities as GOATs.

“Stay woke”: that’s how it is frequently used on social media. A saying goes that “The more ‘woke’ one is, the more sympathetic and knowledgeable one is about a topic or type of person.” So, if your teenager says someone is “woke,” he or she means the person is smart and knowledgeable.

As a teenage slang, “fam” is used to describe people that are trusted and considered as

family, it is derived from the word “family.”

If your teenager says something is “dope,” he or she means the thing is extremely cool or great. Dope, as teenage slang, is usually used to describe music, clothes, and people’s outlook.

This is an acronym for “You only live once.” The slang is often used on social media, and according to Cambridge online dictionary, it means doing things enjoyable or exciting, even if the things are silly or slightly dangerous.

Without a doubt, this slang is coined from the word “hate.” It is used to refer to a person who is never happy for someone else’s success. Instead of being happy, a “hater” will always find a way to point out the mistakes of the successful person.

As stated at the beginning, a blog post can’t give a full list of teenage slangs, but thankfully, there are a couple of online dictionaries from which you can get the meaning of slangs. The most popular of these dictionaries is the Urban Dictionary, which is a crowd-sourced dictionary for slang words and phrases; another popular slang dictionary is the called Online Slang Dictionary.

Bookmark the two slangs dictionaries. They are invaluable in understanding teenage lingo.