Nowadays, it is not uncommon to see young children displaying a perceived high level of disrespect to adults. You would see them in a heated argument with an adult, sometimes using foul languages. You see them disrespecting people in authority, and when you try to correct them, they either abuse you or walk out of you.

It’s not the fault of many of these children; they don’t know that this attitude is wrong. Most of them follow pop culture, watch movies and listen to music in which this rude behaviour is glorified. Therefore, they express themselves rudely, because that’s the only way they know how to.

Some other children didn’t pick up this attitude through following pop culture; they became disrespectful because their parents were negligent or too busy to correct their wrong behaviours.

As a parent, if you want your child to respect you and other people, you must understand that children aren’t naturally born with respect. It must be taught, and this must be taught when they are still very young.

Once they enter their teenage years, it becomes very difficult to teach kids respect. The earlier, the better.

Below are a few things you can do to make your child respectful. 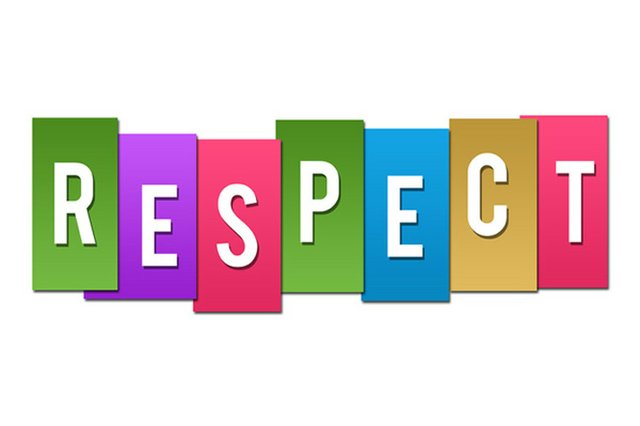 How to Teach Kids Respect

Disrespectful children adopt the habit when they are still very young, and this may be as a result of their parents’ inactions to correct them. Once you see any of your children displaying a rude or disrespectful behaviour, don’t ignore it; call him or her to order.

As your child grows up, don’t stop warning him or her about rudeness and disrespectfulness. Continue the warning until the child becomes a responsible adult who respects people without looking at their social status.

Many parents try hard to make their children love them. They do everything the children want and overlook their bad behaviours. They want the children to see them as a very good friend who always has their back.

You must teach the child to be respectful to everybody, not only the parents and other members of the family.

After your child has grown up to become a responsible adult, then the relationship between you can become that of friends. But while the child is still growing up, act as a coach who models good behaviours, not a friend who lets the child get away with things.

To effectively teach kids respect, couples have to work together. In many families, the father tries to put measures in place to encourage children to follow a particular instruction but the mother doesn’t support the idea. It can also be vice versa.

In this kind of scenario, the children – especially if they are still very young – are confused, not knowing who is right and who is wrong among the two parents. The children end up hating the parent that talks about consequences for violating a rule but love the other parent.

If you want your children to be respectful, talk with your partner and discuss the expectation from the children. Come up with an action plan, and the two of you should follow the plan. If one parent is enforcing a consequence after a child exhibits rude or disrespectful behaviour, the other parent shouldn’t intercede.

The two of you should speak together in one voice. This makes the child realize that both parents don’t condone bad behaviour.

How do you feel when someone wants to request something from you, and the person starts with the word, “Please”? The possibility is that if you can do the thing, you would do it for the person.

The same goes for when someone says, “Thank you,” after you do something for them. You believe the person appreciates what you have done and you would be willing to do it again if the person requests in the future.

So, teaching the basic manner of communicating with people helps teach kids respect.

Whether in school, at home, or in the public places, encourage your child to often use words such as “Please,” “Thank you,” and “Excuse me.” Using these words in communication shows that the child is empathetic and appreciates the impact of other people in his or her life.

As someone that wants to teach kids respect, you have to be respectful when correcting disrespectfulness. When you see your children disrespecting one another or an outsider, you may get upset and your instinct may prompt you to yell at them. Don’t do that, because it is likely to make the situation worse.

If you react angrily to your child’s disrespectful behaviour, you wouldn’t be effective in managing the situation and getting the desired behavioural changes.  So, instead of yelling and embarrassing your child, pull him or her aside and let the child realize that such an attitude isn’t acceptable. Talk to the child calmly but make sure you pass your message across as firm as possible.

If you don’t set limits and talk about expectations beforehand, it will be difficult to teach kids respect. Let’s say you are going for dinner with your child and you want him or her to be well-behaved at the venue. In this case, let your child know what you expect when he or she gets to the venue.

Doing this would give the child a yardstick in which he or she can measure his or her behaviour against; it also makes the child feel safer, knowing he or she is following instructions.

And when your child follows through with your instructions and does as expected, give him or her credit. However, in a situation whereby the child breaks the limits, follow through with the consequence.

Disrespectful kids exhibit that behaviour because they don’t know of a better way to handle a distasteful situation. So talking about alternative behaviour approaches to problems helps teach kids respect.

After your child exhibits a rude or disrespectful behaviour, it is helpful to talk to him or her about what could have been done to manage the situation that led to the behaviour. Have this conversation after everything is back to normal.

Ask for what could have been done differently to deal with the situation without resorting to the rude behaviour. When the child starts talking, listen to what he or she has to say to enable you to understand what’s going on in the child’s mind.

Then encourage him or her to use the discussed alternative approach in the future when such a situation happens.

There is a tendency for parents to take it personally when they teach kids respect or correct other behaviours but the kids keep on breaking the rule. Don’t fall into this trap. The kids next door and your cousin’s kids are doing the same.

Parents-children conflict is normal. Don’t be overwhelmed or feel out of control. Try as much as possible to strike a balance; don’t overreact or underreact when your child does what you don’t like. Be objective about your parenting style and help your child to learn how to manage his or her emotions. Doing so would teach the child to be respectful as he or she grows up.

Teaching kids respect or any other good behaviour isn’t going to be easy. They would protest and wouldn’t be happy with you for correcting them. However, in the long run – when they become adults – they would come to appreciate you for modelling in them a good character that people love.