In a time when smartphones and social media have become major tools for oppression, internet safety is a top priority for every parent or guardian as every child is at risk. Therefore, it’s understandable why many parents are asking the question “how do I know if my child is being cyberbullied and what can I do about it?”

It is difficult to resolve a problem without first understanding its root cause. So, before jumping straight to the list of tips on how to prevent cyberbullying in the age of social media, you first need to understand what cyberbullying is and the role social media plays in aggravating it. 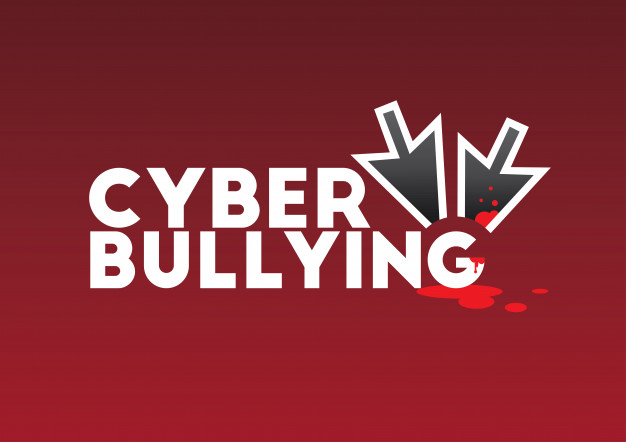 Cyberbullying is the intentional or repeated abuse, harassment and maltreatment of someone using smartphones or other digital devices. It includes many different forms of aggressive behaviour like online threats, posting slanderous comments, trolling or sharing negative content through social media platforms, websites or text messages.

Cyberbullying in the age of social media

With the prevalence of social media, abuse, harassment and maltreatment of people no longer occur only in physical environments; they also occur on online platforms and social networking sites like Instagram, Twitter, YouTube and Snapchat etc.

From the time of MySpace to the current age of Instagram, users of social media have been creating and sharing content with increasing velocity, exposing personal information to internet strangers and threatening their privacy as well as that of others.

Children (anyone under the age of 18, according to WHO) face the greatest risk because they spend most of their time online. According to nobullying.com, “Over 80% of children own a mobile phone and have multiple social network accounts.” A study by Common Sense Media also reveals that teenagers spend an average of nine hours per day using online media. Furthermore, children aged 8 to 12 spend nearly six hours per day online, while those under 8 years spend roughly 60 minutes.

How to prevent cyberbullying in the age of social media

Cyberbullying mostly occurs in places where parents, teachers or authorities may not be aware, thereby making it difficult to prevent. Find below tips on how to protect your children and prevent cyberbullying in the age of social media.

The #1 tip on how to prevent cyberbullying in the age of social media is to keep personal information as private as possible. When dealing with the internet, your children have no control over who sees the sensitive information they share online. Let your children know that anything they don’t want the world to see, shouldn’t be shared online.

You should also inform them that any content shared on social media is for public consumption and stays permanent; this means that if a damaging content is circulated, it may never disappear from the internet – even after it is reported or deleted, it can still be pulled up sometime.

Ensure your children do not share their email/home addresses, phone numbers and family/bank details publicly. Show them how to check privacy settings on each social network they use and remove or restrict all access to personal data.

It can be difficult to find an escape from cyberbullying because people are online for the most part of the day, and so are the culprits. Therefore you need to be vigilant and steadfast as a parent.

Giving your children access to digital devices also means you’re responsible for supervising how they use it. However, you should avoid completely banning them, as that might make your children feel isolated and sad that you’ve cut off a major means of communication. Instead, look for ways to control and limit what they are exposed to online.

An app like Qustodio allows you to monitor social media activity, photo uploads, browsing, call logs and text messages. Mobipic allows you to block specific content and also monitor the apps your children use. These are just a few of the countless apps that make it easy for parents to keep track of their children’s online activity. Choose one and put it to good use.

Cyberbullies are known for being unrelenting. Blocking or reporting them as many people suggest, often doesn’t deter them because it is very easy to create new or multiple accounts under false identities.

By cultivating the culture of unplugging, your children can retain control of what external factors can affect them. Also, setting up boundaries and cutting down the time spent scrolling through social media will help them focus on other priorities, including their mental and emotional well-being.

At first, staying away from social media might seem impossible for your children. After all, how else will they stay up to date with what’s going on with friends and influencers they admire?

However, they can cultivate the habit of unplugging if they are guided in the right way. Try keeping them busy with other things and insist that they sleep far away from their phones or delete their social media apps from time to time.

Although social media is responsible for a large percentage of cyberbullying cases, it can also be used as a tool to fight against it. By spreading the word about cyberbullying, you can get other people involved in tackling the problem.

Raising awareness doesn’t have to be a major project. Simple acts like sharing posts with a specific hashtag on social media, writing an article for a local website or organizing a play within your community for kids to act out the negative impact of cyberbullying can go a long way.

You may also decide to host public social events like fundraisers, exhibitions or sporting events. If possible, consider scheduling these events to coincide with World Anti-Bullying Day.

In raising awareness, aim to engage your child, spouse, friends, domestic staff and community. The more the merrier!

People who deal with cyberbullying often feel powerless, overwhelmed and humiliated. Even worse, many of them don’t feel comfortable talking about it. Because they may feel nervous or embarrassed about it, they choose to remain silent.

To help prevent cyberbullying, you as a parent, caregiver or authority should establish an open door policy, letting children know they can talk to you about things that happen to them. Give them the opportunity to express themselves and listen when they speak. Frequently ask them about what’s going on and how they feel at different times.

It is important to understand whatever they are going through and offer them emotional support. Try strengthening their self-confidence by repeating positive affirmations and letting them know they can get help if they are ever cyberbullied.

Another tip on how to prevent cyberbullying in the age of social media is to teach children to look after one another. If they all act as their brother’s keeper, the probability of one of them being cyberbullied will be less.

As a parent, you should teach your children acceptable online behaviour. Remind them to stay away from spreading false information or participating in trolling someone else online. Make sure they understand that it is wrong to invade another person’s privacy or send hate messages to anyone.

Cyberbullying is a problem that can directly affect a child’s performance in school. According to a recent study, nearly 64% of the students who experienced cyberbullying stated that it really affected their ability to learn and feel safe at school.

This means that school authorities have a huge role to play in reducing the problems associated with cyberbullying. A safety committee like Greensprings Anti-Bullying club helps to ensure that school staff are taught how to address and deal with matters related to cyberbullying. The committee can also set up a reporting system and organize occasional training where employees can be trained on child protection; students can also learn to protect themselves, report any online abuse, or be guided on how to adjust privacy settings on their social media accounts.

If your children suddenly start to withdraw, start losing sleep or seem agitated about using their phone, it could be that they are feeling threatened.

As a parent or guardian, it is important to be observant and attentive to mood swings and changes in your children’s behaviour as these may be signs of cyberbullying. Ask them about their mood and try to confirm if it has to do with something on social media.

In some cases, social media may not be the issue, but at least you’ll get to discover a problem before it escalates. Let them know that you are there for them. If a situation has gotten out of hand, feel free to speak with a counsellor or someone experienced who can offer appropriate help.

Cyberbullying has long-lasting psychological and emotional effects including depression, anxiety, fear, insomnia, isolation, frustration, low self-esteem and even suicide. In order to end this manner of aggression, it’s important to take action and follow advice on how to prevent cyberbullying in the age of social media.