For parents, it can be very annoying and frustrating when children don’t follow instructions. Many parents resort to yelling, believing their loud voice will make them comply. No doubt, it works sometimes. However, in the long run, there are some psychological effects of yelling at a child.

These effects can be very devastating to the extent that the child suffers from low self-esteem; they can also affect the child’s personal development and other areas of life.

This post will talk about these psychological effects and the things you can do to correct your child’s behaviours instead of yelling. 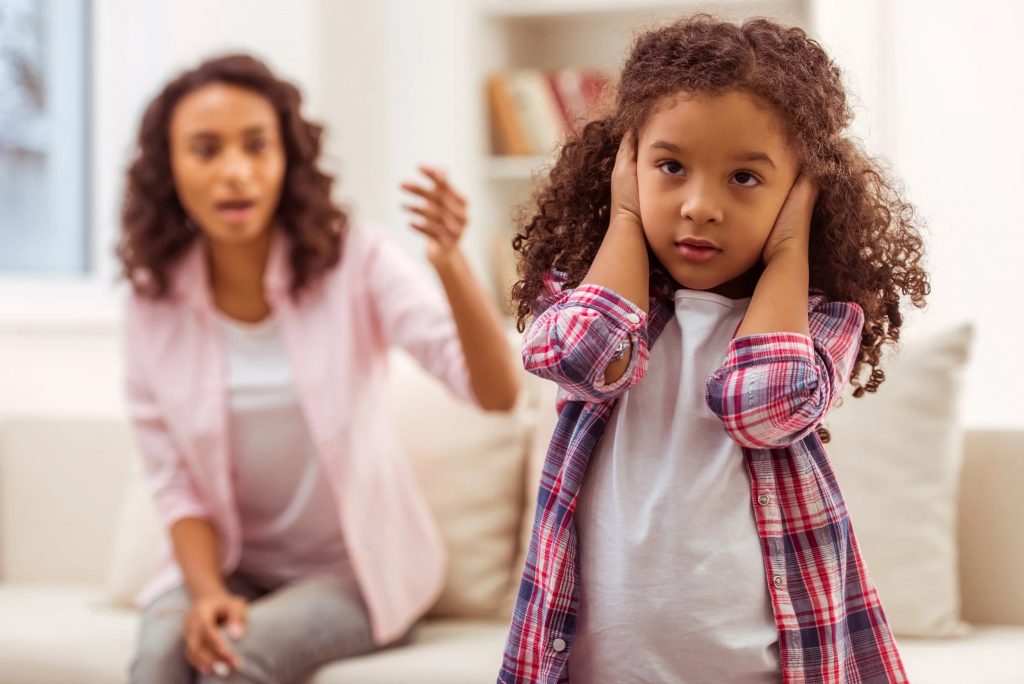 Psychological Effects of Yelling at a Child

#1. It makes behavioural problem get worse

Many parents see yelling as a quick solution for fixing their children’s irrational behaviours. Such parents think that when they yell at their children about a particular distasteful behaviour, they wouldn’t do that again in the future. As it turned out, research shows that it is not the case.

Another research has also shown that one of the psychological effects of yelling at a child is that it changes how the brain develops. This is because, like every negative event in our life, yelling is quickly and thoroughly processed by the brain, leading to changes in the way it develops.

In the research, the brain MRI scans of people who had a history of parental verbal abuse in childhood and those who weren’t abused were taken. When the results of the scan for the two groups of people were compared, there was a significant difference in the parts of the brain that processes sounds and language.

#3. It can lead to depression

Many studies have shown that there is a strong connection between emotional abuse and depression. Moreso, because of unthinkable things that can happen to a child when he or she is depressed, depression is arguably one of the most damaging psychological effects of yelling at a child.

When a child is yelled at, he or she naturally feels hurt and sad, and if this happens very often, the mental health of the child can be affected. In the long run, the child can become depressed and this can lead to thoughts or actions of self-destruction, such as drug use or suicide attempt.

Children who are yelled at and verbally abused by their parents are stressed, and this stress becomes part of them when they grow up. If not properly managed, the child can develop various physical health problems that he or she will have to manage for the rest of his or her life.

#5. It can cause chronic pains

This effect is related to the above. Research has also linked adulthood chronic pain conditions such as Arthritis, bad headaches, back and neck problems to negative childhood experiences of yelling and spanking.

In the quest of trying to correct the child’s bad behaviours, some parents go physical, use abusive words, and yell at the child. All these can only result in traumatic adulthood.

What You Can Do Instead of Yelling?

Judging from the psychological effects of yelling at a child discussed above , you would agree that yelling at your child isn’t the best way to change bad behaviours. There are better approaches.

Children who have a good relationship with their parents are willing to adopt good behaviours that would make their parents happy. When you establish a good rapport with your child and leave room for healthy communication, you would hardly get angry with him or her, and this will obliterate the need to yell.

To avoid the psychological effects of yelling on your child, here are better ways to put things into order.

It can be very difficult to control your anger if you are in the conflict zone with your child. So when you see your child doing what you don’t like, and you start getting angry and feeling like yelling, walk away. This gives you the room to catch your breath, calm down, reassess the situation, and think of what you can do instead of raising your voice.

It is normal to be emotional, so don’t deny your emotions. Manage them and teach your child how to do that too. When your child does something that gets you angry, talk to him or her about how you feel and encourage your child to always share his or her feelings with you.

Doing this would help your child develop a respectful attitude, and understand how daddy and mummy feel when he or he does something bad.

When your child misbehaves, strongly talk to him or her, but choose your words wisely, to avoid saying things that will demoralise him or her. If you go to the extreme and use hurtful words, it would negatively affect your child psychologically.

Just talk to your child about acceptable and unacceptable behaviours. Get down to his or her eye level when talking, as doing this creates a strong bond in communication.

Children feel threatened when their parents yell or punish them. As earlier stated in the section above about psychological effects of yelling at a child, this method is ineffective. Therefore, instead of yelling at your child when he or she misbehaves, talk about the consequences of the actions.

The consequences don’t have to be severe. It can be something as simple as taking away a toy after explaining that toys are for playing, not for hitting home appliances.

At the same time, you may consider discussing your concerns with other parents who might share their experience on adopting helpful alternatives, instead of yelling at a child.