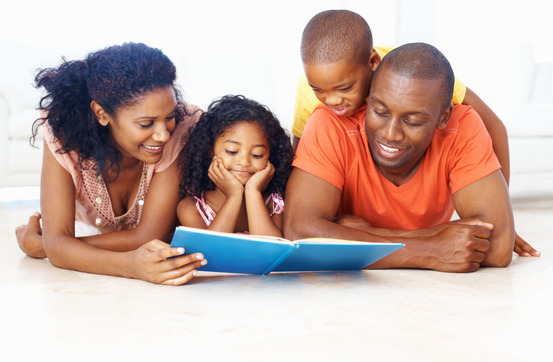 Child discipline in Nigeria has changed completely from what it used to be in the past, most especially as more women are taking up time-consuming careers and going into businesses. This makes parenting in the 21st century much more challenging. Parents leave their children in the care of housemaids and daycare providers.

This had made the responsibility of parenting rest on the shoulders of the care providers, who are not in the best position to instill moral discipline in the children.  However, is there a problem in the way child discipline in Nigeria is implanted?  This blog post aims to discuss how parents in the 21st century in Nigeria discipline their children. It will answer the following questions.

What relationship does parenting style have on children’s discipline?

A lot of parents in Nigeria are not even aware of the different parental leadership styles in existence. Many parents in the 21st century draw from their own experiences to groom and discipline their children. It is not surprising to find that a woman who is often hard on her child is this way because of how she was treated growing up. In most cases, this often spills over to how she disciplines her children.

What are the different parental styles Nigerian parents need to know?

There are four different parenting styles which are authoritarian, neglectful, indulgent and authoritative parenting. 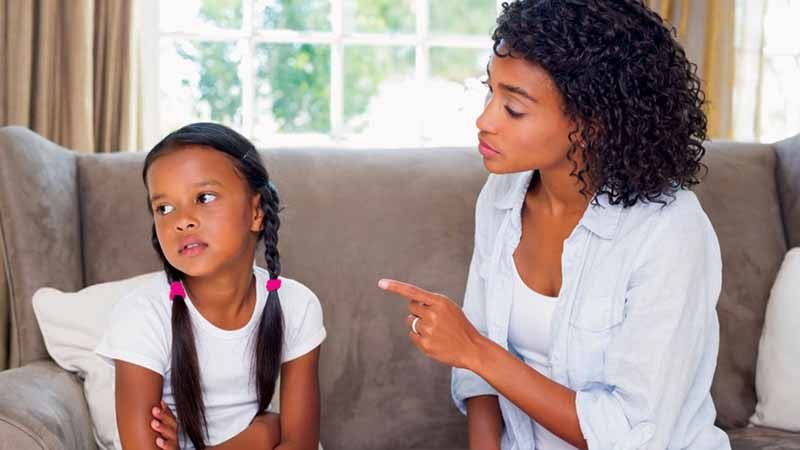 Child discipline in Nigeria sometimes is often on the extreme, it is either parents are too hard on their children or they are too nice and this can be an issue in the total development of the child.

Here is an example below of how an authoritarian Nigerian Parent will speak to his/her child.

“I said who broke that plate or are you all deaf!”

The second parenting style that is often common with Nigerian parents is the neglectful type of child-rearing. In this type of parenting,  you will find that parents are often busy and they hardly spend time with their children.

The children are most times left in the care of the babysitter or at the daycare. Children of neglectful parents often have trouble following rules; this is because there are few directions and little adherence to instructions in their upbringing.

Is this a child discipline problem in Nigeria?

The bad news is that by neglecting your children during their early years to the care of housekeepers and to their peers, they pick up negative behaviors that go a long way to affect them later in life.

In most cases, some of the kids are sexually abused and threatened into silence without the knowledge of their parents. There are so many stories of children who have been sexually abused by their caretaker in Nigeria.

The biggest mistake parents in this group make is that they focus their energy on building careers and making money, that they totally neglect and ignore their children unknowingly.

This type of parenting is characterized by attentive parents, those who provide a great deal of warmth and interaction but few rules and constraints. 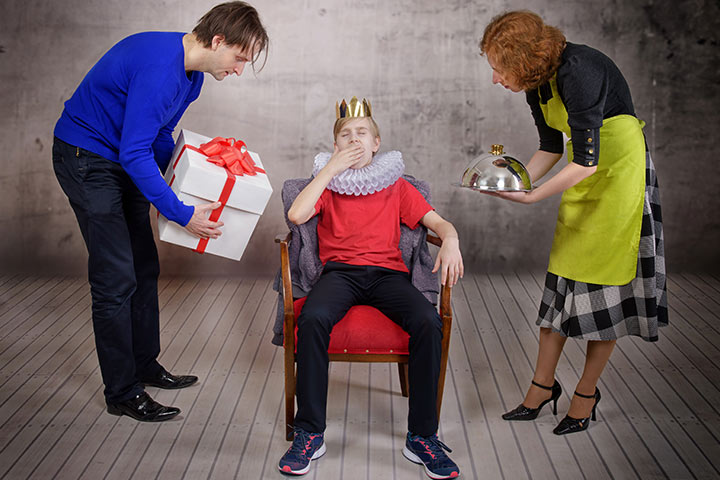 An “anything goes attitude” is typical of indulgent parents. These parents are more like friends to their children. One positive thing about this parenting style is that it often leads to a higher level of creativity in children.

Nevertheless, they can also exhibit rude behaviors,  with little self- control, few boundaries and a sense of entitlement.

The last type of parenting style that is very common in Nigeria is the authoritative nurturing. Authoritative parents encourage their children to be independent, but they also set limits and boundaries. 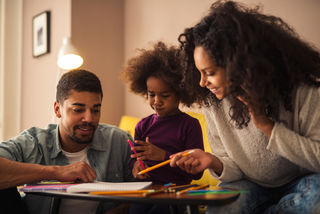 Social skills, self-control and self-reliance are more highly developed, and these are qualities that make ideal employees, leaders and life partners.  Will you say this parenting style is the best type of child discipline in Nigeria?

Now that we have identified the different parenting styles Nigeria parents use to discipline their children. What relationship does potential socioeconomic status have on the influence of child discipline in Nigeria?

Researcher, Denga (2000) noted that there is a higher rate of indiscipline in polygamous than in monogamous families. To support his statement, Lamb indicated that societies with more monogamous families tend to be rated low in the rate of theft and personal crimes among children whereas societies with predominantly polygamous family structure tend to be rated high in both theft and personal crimes among the children.

Are you aware that there is a high rate of  polygamy in the modern day Nigeria?

Polygamy affects children emotionally that they sometimes find it hard to communicate with other people and hence are predisposed to indiscipline acts.

In the research by Denga (2000), it was also discovered that children who are raised by one of their biological parents usually feel disconnected from society,  and this can lead to undesirable and disruptive behaviors. In such a family, no structure balance is recognized.

Earlier we talked about the different parenting styles and the effect on child discipline in Nigeria.

There is a relationship between child discipline in Nigeria and the type of parenting styles. It appears “authoritarian discipline” is the strictest form which leaves an unfavorable mark on the child’s behavior.

Hoffman (2002) concluded that over-strict parents who use harsh and primitive methods to achieve their aims may produce surface goodness in their children while there is an apt inhibited resentment which will breakup sooner or later.

How then do we find the balance in child discipline in Nigeria?

Nigerian parents need to understand that there is a difference between punishment and discipline when it comes to correcting a child’s wrongdoing.

Often times we take the wrong approach as parents when we punish our children. It isn’t absurd to find few Nigerian parents physically beating their kids with belt, shoes and dangerous items all in the name of discipline. 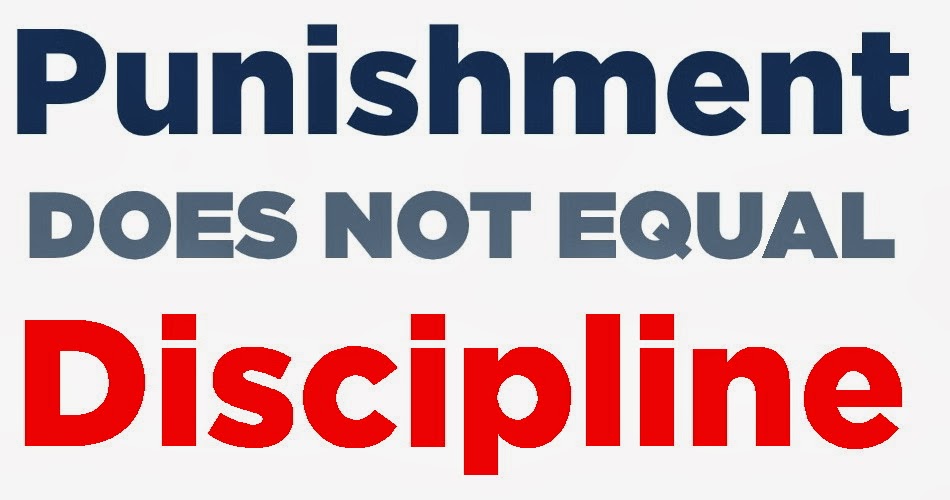 Clearly, punishment can be a wrong method of training a child because it does not really help the child behave better. Punishment targets the person and not the problem which may sometimes make the child feel like he never did anything right and that can lead to low self-esteem and depression.

Parent’s punishment can be bad for your children and do not mistake it for discipline.

To punish is to inflict suffering for the past behavior.

But the difference between discipline and punishment goes deeper than just the meaning of the words.

According to Parentingforbrain.com the human brain is composed of three brain regions

Reptilian brain – part of the brain that controls breathing, digestion and other survival functions without our conscious effort.

Mammalian brain – also called the emotional brain, responsible for our feelings such as fear, rage, caring and nurturing etc.

Human brain – this is where thinking is done.  It is where learning, reasoning, problem-solving, decision-making or sophisticated discerning takes place.

Therefore, the difference between discipline and punishment is that discipline involves the thinking brain, while punishment impacts the emotional brain.

When you instill fear into your children as parents, your kids become terrified and subconsciously they start to refrain from expressing themselves.

As Nigerian parents, you do not want your children to cease from telling you things.

Child discipline in Nigeria should not just be a thing at home but also for schools likewise.

Schools in Nigeria have a role to play when it comes to child rearing.

Child discipline in Nigeria is primarily the role of parents/guardians and then secondary teachers and other role players in a child’s development process.

Some schools do not discipline students in the school environment. It is not surprising to find students beating up their teachers in Schools in Nigeria.  In most cases nothing is done to the student except maybe some warnings not to repeat such actions again.

It is the place of the school to instill discipline in students within the school premises.

Below are key things schools can do to positively influence students behavior;

Such activities have ingrained in them rules, code of conduct, the need to do team work etc. In order to be able to be effective in these activities an individual gets to learn how to align their temperament and conduct to meet the objectives of the activity.

4. Token economy where stamps are earned for good behavior and traded for rewards

This is a good way to get students in the classroom to take task given to them seriously. Every student likes being given a reward for good behavior.

In a final nutshell, the key to balance love and discipline on children is to understand that both are inseparably related to each other.  As responsible parents, we train and discipline our children out of love.

Child discipline in Nigeria can be  so much better than how it is currently.  We need to get to the point where we stop hearing stories of children being maltreated by their parents, school or guidance.