Three of our students have been announced in the “Top in the Country” list of the June 2019 IGCSE exam. The announcement was made recently by the British Council and Cambridge International, and this makes it the fourth consecutive time that our students make the list of the Outstanding Cambridge Learner Awards.

Expressing his satisfaction about the announcement, Dr Barney Wilson, our Deputy Director of Education, said, “We are very happy that our students (Jehosheba Tijani, Ayooluwa Ogungbenro, and Simisola Olusayo) made it to the list. Jehosheba Tijani and Ayooluwa Ogungbenro were awarded Top in the Country in Literature, while Simisola Olusayo got Top in the Country in History.” 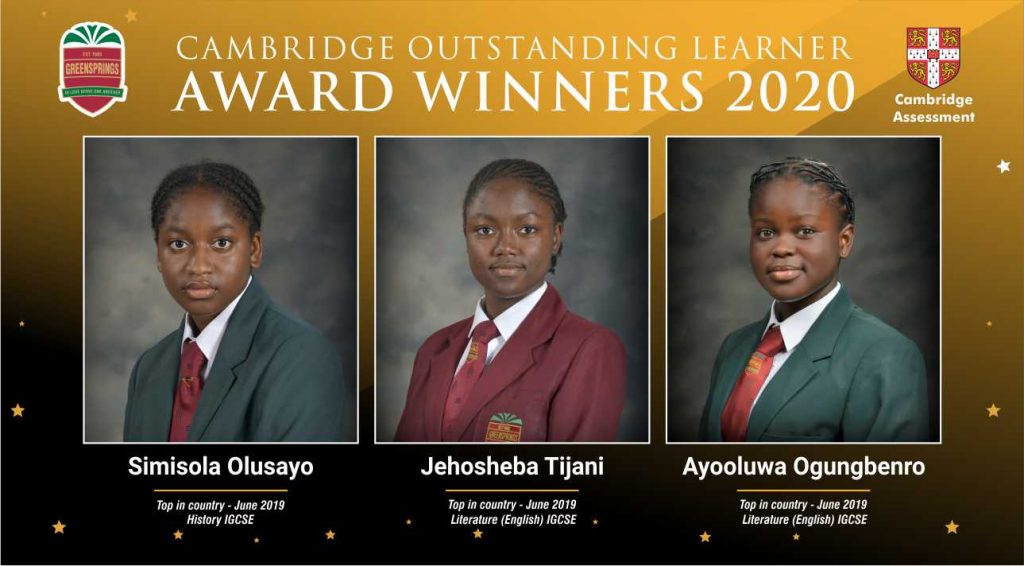 “Our students have always been on the list since 2016 when the award commenced, and aside from the Top in the Country awards, one of our students, Honour Olatunji, has won Top in the World for Mathematics in the past. We now have a total of 19 students who have won the Outstanding Cambridge Learner Awards in the last four years, and we are proud of them,” he concluded.

Here is a recap of our students who have won the Outstanding Cambridge Learner Awards in previous years.

See also:  “Learning beyond limits” is our theme for this academic year – Dr Wilson