The joy of parents is that their children should excel academically. This is the situation for the parents of IB Diploma students of Greensprings School, as their children have been accepted into top universities and colleges in the United States, United Kingdom, and Canada.

The students, after passing out from their various secondary schools, joined the Greensprings School sixth form college – one of the few certified IB schools in Nigeria.

Upon completing their studies, they applied to the universities and colleges of their choice. Apart from being accepted, many of the students were also awarded a substantial amount of scholarships.

To mention a few, Fareedah Kassim got a scholarship worth $120,000 from Illinois Institute of Technology, Odianosen Okojie got $100,000 from Colorado Boulder, and Patrick Udochi got full tuition from Georgia State University. 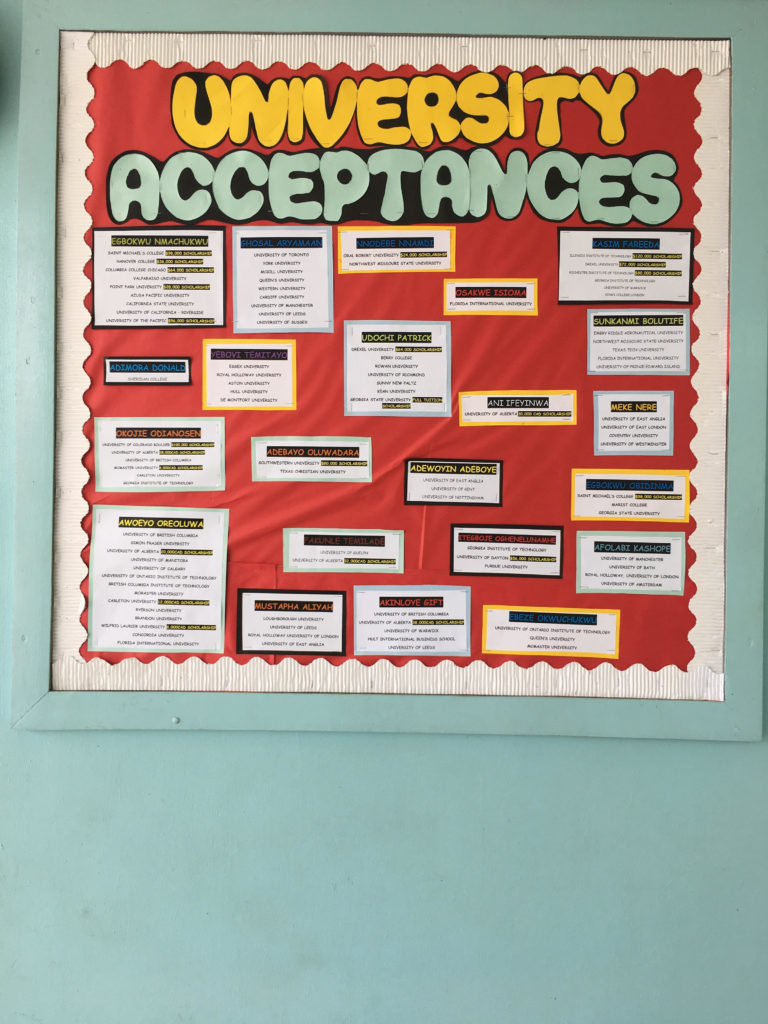 In total, over one hundred universities have accepted the cohort of twenty-two students with an average acceptance rate of five universities per student. A total of $1.3million scholarships have been awarded to the students, too.

“Therefore, the acceptance of these students into the A-list schools re-affirms the fact that the IB diploma programme is the surest way not only to secure admission into top universities and colleges around the world but also a guaranteed path to securing meaningful scholarships.”

She concluded that the students were dedicated to their studies, so she is happy their efforts have paid off.

Dr Barney Wilson, the Deputy Director of Education at Greensprings School, also expressed his satisfaction with the students’ performance.

He asserted that “Without any doubt, Greensprings School grooms students to become extra-ready for college and university.

Over the years, many of our alumni have proceeded to top tertiary institutions across the world and graduated with good grades.”

“For this reason, I believe these newly accepted students will be able to face the academic challenges in the tertiary institutions and pass out in flying colours,” he concluded.

The students admitted into the programme are expected to have a minimum of 5 credits in their O’ Levels (GCSEs, IGCSEs or WASSCE) including English and Mathematics.

Click here to find out more about the IB Diploma Programme.