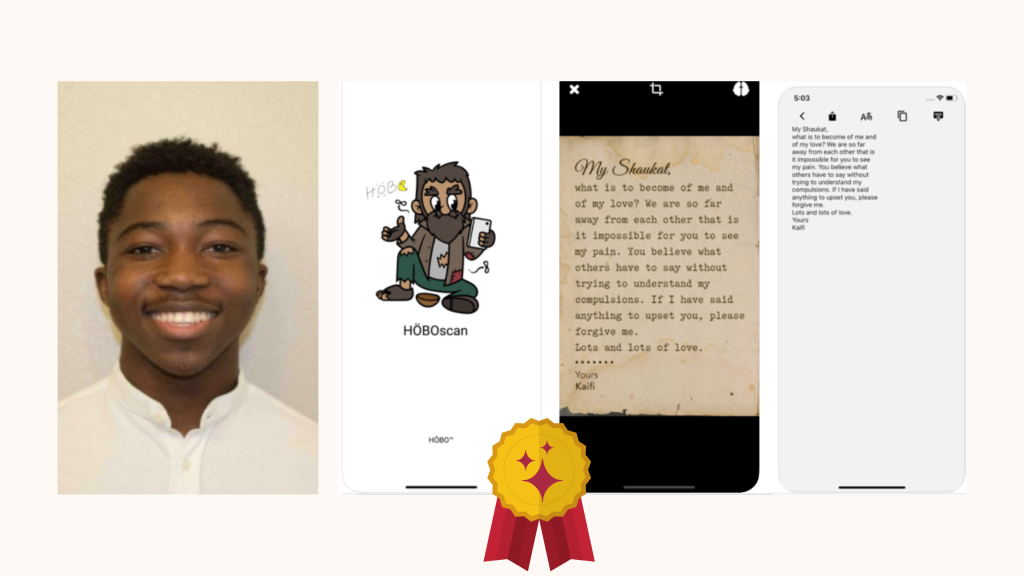 Oyebola Odukoya is a Greensprings alumnus who graduated from the Lekki campus in 2015. He is currently a student at West Virginia University USA. He majors in both Computer and Electrical Engineering, with minors in Computer Science and Mathematics.

While working as a tutor at the Engineering Learning Centre in his university, Oyebola also started working on an application called HÖBOscan.

HÖBOscan is a resourceful app that allows you to scan and extract text from images or your handwritten notes. It also lets you translate it to multiple languages if you desire. At the time of its release last month, HÖBOscan ranked up to #61 out of millions of productivity apps on the App Store.

When asked about the project, he mentioned that he simply wanted to make something cool with machine learning and HÖBOscan happened to be it. “It took me about three weeks of working almost 24 hours a day”, he stated.

With his graduation scheduled for December 2020, Oyebola is looking forward to working at Google or any other leading tech company where he can get the experience required to become an expert in the engineering industry.

He concluded saying, “In the end, my goal is to come back to Nigeria to see where I can add value, although right now the best path I see, is through a top engineering firm.”

HÖBOscan is available on iOS and Android.