Speaking at the presentation of the scholarships, our Executive director, Mrs Lai Koiki, said we have in the last 10 years been interested in reaching out to underprivileged but brilliant pupils in the host communities to support their secondary education. 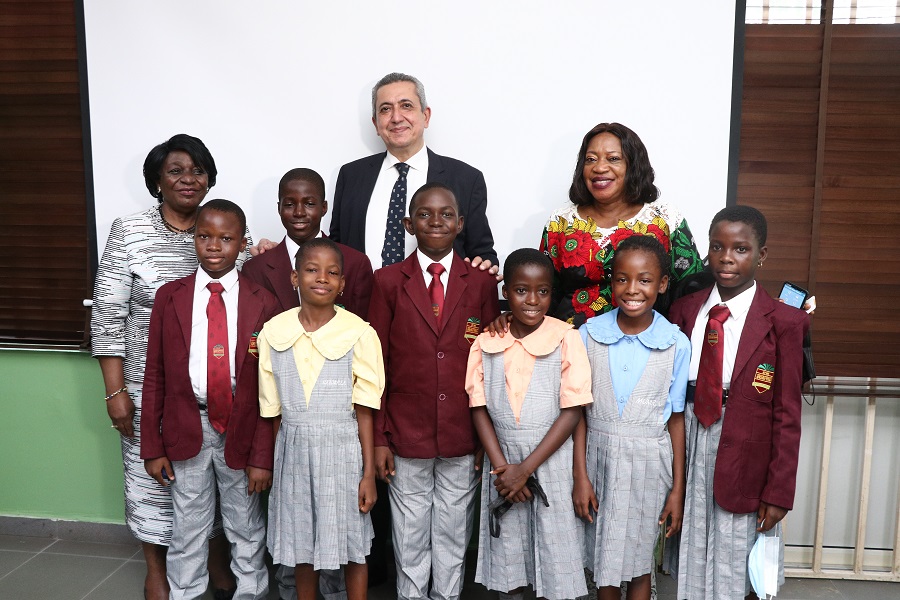 According to her, some of the early beneficiaries are doing well, adding, “We are happy to give them the platform to discover themselves and excel.”

Mrs Koiki explained that we partnered with the Lagos State Universal Basic Education Board (SUBEB) to scout around the communities in Shomolu, Awoyaya and Ikoyi, where our campuses are located.

“The exercise started with SUBEB reaching out to primary schools within our communities. Fifty of them took part in a screening exercise, 12 were selected for an interview, after which we picked five for the scholarship award.”

She said the five pupils that emerged, two are from public schools around Anthony and Awoyaya campuses while one was picked from a riverine school, from Ikoyi area.

Her words: “We will transform their lives, give them quality education and make the five pupils achieve academic success. The scholarship also comes with laptops.”

Parents of the benefiting pupils showered encomium on the management of Greensprings School for the scholarship and the gift of laptops to their wards.

Representative of SUBEB, Mrs Folashade Abass, gave details of how the five pupils emerged and acknowledged that the scholarship award will have an impact on the lives of the children.

Mrs Abass charged the pupils to reciprocate the gesture of Greensprings School management by doing well in their studies and also make their parents proud.

The parents acknowledged that the admission into Greensprings School would certainly change the children orientation about education and how to use the laptop for studies.

The elated children saw the scholarship as an opportunity to up their education and promised to take advantage of the award to make the school and their parents proud.